Carole (Zola’s mum) and her friend Michael have been travelling in India with Festival the monster.  They took a LOT of amazing photos. Festival has selected a few to share with you, and for some reason elephants seem to be quite heavily featured*. 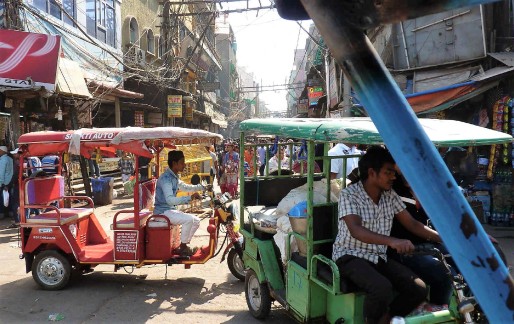 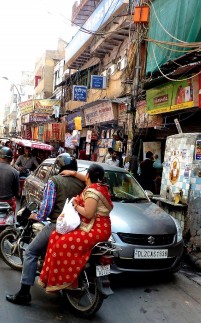 People are relaxed about getting their shopping done.

A busy city needs lots of power to keep it going.

Paying attention to the signs.

Festival says, “May I have some of these?” 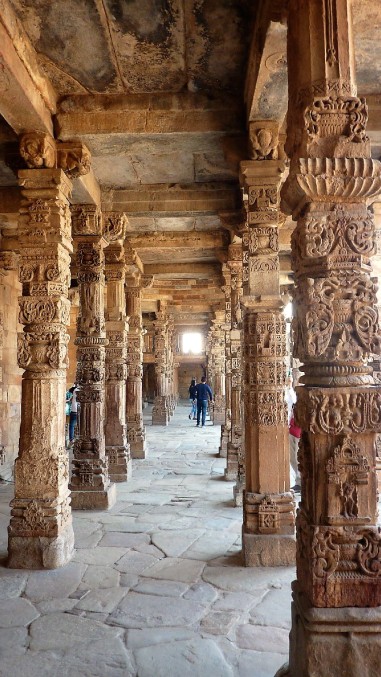 The assembly area in the Red Fort Delhi where the King and ministers would meet people. The Red Fort had two moats, one with tigers in, one with crocodiles plus conduits for boiling oil. 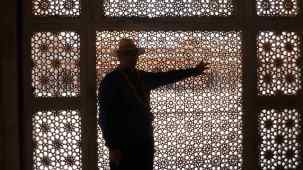 Festival had to wait outside the Taj Mahal while his friends went in to visit.

Inside the Taj Mahal’s gardens. 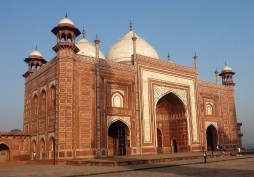 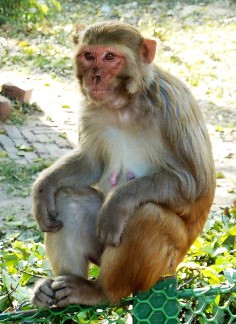 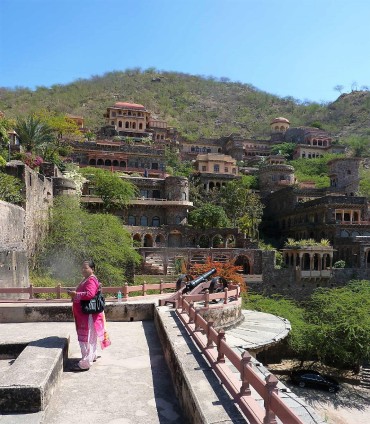 Mural of warrior at Namreena. 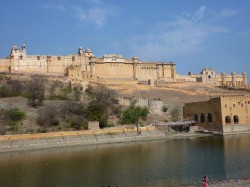 The Amber Fort in Jaipur.

Inside the Amber Fort. 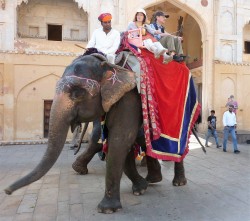 A painted elephant in the Amber Fort. Festival was taking notes on the designs. 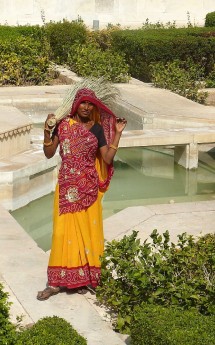 A professional photography subject. She does an excellent job! 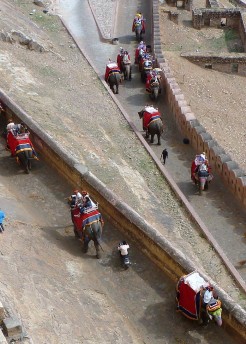 Tourists coming in and out of the Amber Fort.

Meeting place in the Amber Fort.

The Queen’s carriages from the Victorian era at the Amber Fort. The Queen had to remain hidden.

Another view of the Amber Fort. 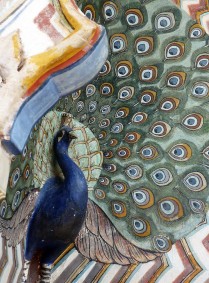 A detail of a gateway at the Amber Fort.

Jal Mahal (water palace) in the middle of the Man Sagar Lake in Jaipur city.

Michael in front of Hawa Mahal (the Palace of Winds) in Jaipur. The breezy screen front allowed the ladies of the royal household to watch street festivals unseen. 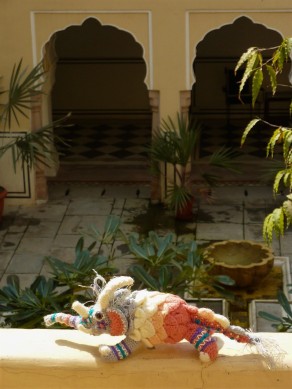 Festival relaxing at the Samode Haveli Hotel in Jaipur.

Festival has a new friend to travel with.

The Maharajah and Maharani of Jaipur taken at Samode Haveli.

Festival with Ganesha, Lord of Beginnings and Remover of Obstacles. A very appropriate god for travellers! 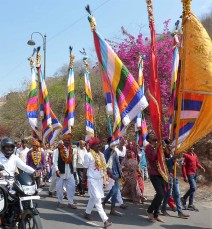 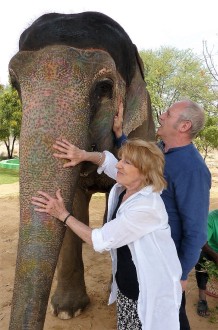 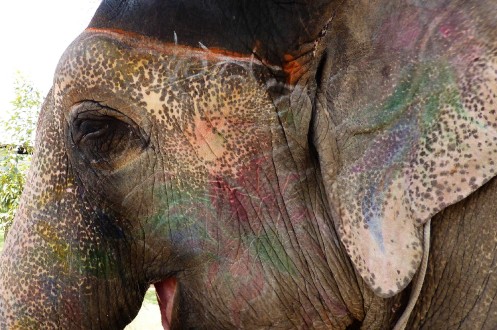 Elephants are painted for festivals. Don’t worry, it’s all non-toxic! I think Festival was getting ideas for new decorations.

Carole and Saku get close.

Being this adorable is thirsty work. Michael gives an elephant a drink. 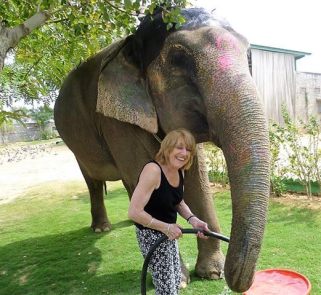 Carole’s turn to give Saku some water. 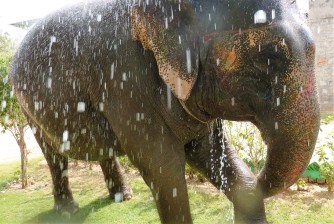 Michael gets a chance to ride Saku. 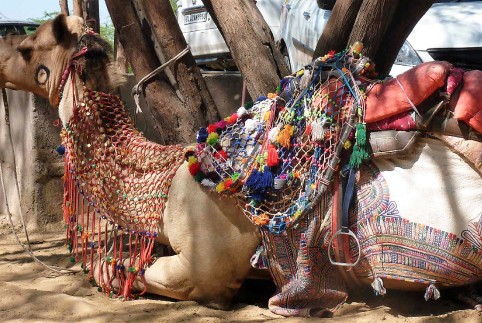 Camel transport. The Thar desert in in this region.

Heading up to Shimla on the train.

Way up into the Himalayan foothills.

A 108 feet high statue of Lord Hanuman at Jakhoo temple.

The colours of Shimla.

Thank you, Carole and Michael, for the stunning photos. What an elefantastic adventure!

*Because elephants are awesome.