Bananas Bunny has been keeping his friends Seb and Fairy Jo busy recently.

First he was off to the Lake District in Cumbria to do some mountain climbing.

Seb and Bananas at Coniston Water. Not sure if Bananas is roped on for safety or to stop him running into mischief.

A lovely spot for a picnic.

Seb says, “Here’s Jo and Bananas Bunny officially entering the Wainwright Climber’s club at the 803 metre summit of The Old Man of Coniston, the 1st of two Wainwright summits of the day! Well done you crazy mountaineers!” 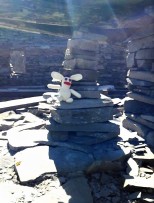 BB getting his solo summit pic.

Next he dragged Seb and Jo along to the Preston Continental’s 17th beer festival.

I think we all know by now that BB enjoys a pint. And another pint…

If there’s one thing he likes better than beer, it’s beer with friends.

Not everybody is impressed with BB’s gung ho attitude to life.

Perhaps the young chap was less than thrilled about BB “borrowing” his ride. 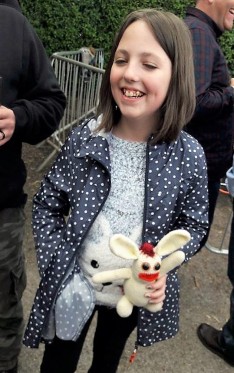 Looks like BB hasn’t entirely lost his touch with the younger folks.

The perfect T shirt! If only they made this in BB’s size!

After that, it was back to the Lake District for some serious hiking – the full Kentmere Horseshoe walk! 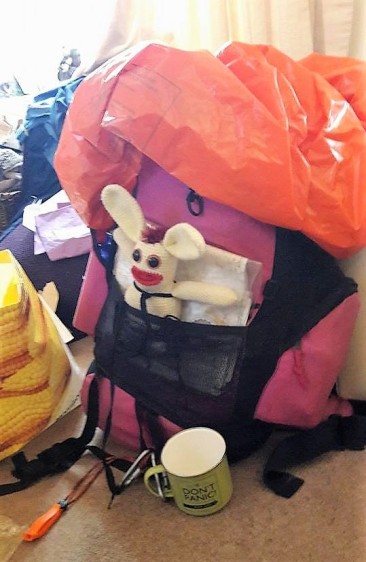 BB ready for some serious camping.

Seb and BB posing on a peak.

Another view from the top. 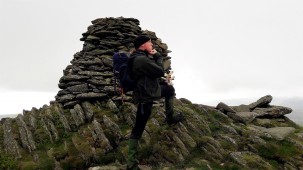 We see BB is still being kept safe/under control.

BB gets a chance to cool his paws after the hike.

Finally, Seb and Jo bravely took Bananas to a wedding where he (mostly) managed to behave himself… 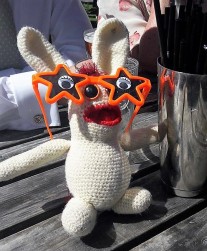 BB being his sociable self. He was on his best behaviour. 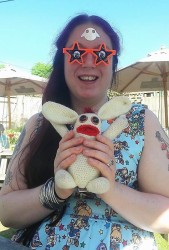 Of course he had a beer.

Time for an intense chat about life, the Universe and everything. 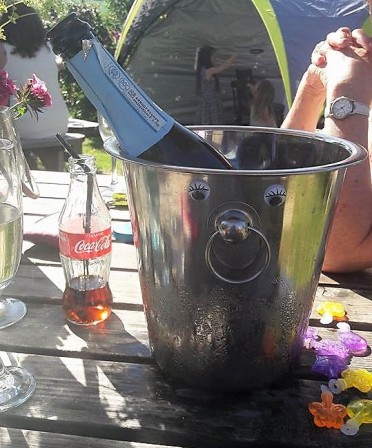 Hmm. Somebody has got hold of some googly eyes. It’s not just the guests celebrating. This is one happy champagne bucket!

Everyone had a blooming marvellous time!

As Jo says, he loves to get around! Thanks, Seb and Jo.  We can’t wait to see what you all do next!